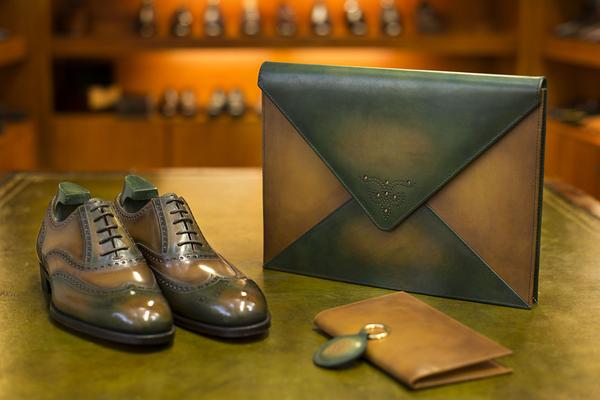 First established during the London Olympics in 2012, the idea behind the GREAT Britain campaign is to highlight the craftsmanship still alive in the UK today. The campaign that is active in 144 countries claims to have generated over 1.8 bn £ for the British economy.

The campaign promotes perfection coming from the UK in which ever sector it occurs, scientific research, engineering, architecture or design to name only a few. In doing so, the supported enterprises create one item for the campaign which showcase the excellence of British design and craftsmanship and, in return profit from the campaign’s marketing. As there was no better time in the year to present this GREAT Creation, it was displayed in the Gaziano & Girling flagship store on Savile Row during this year’s London Craft Week from 3 – 7 May 2016. During this week, different demonstrations took place at the shop: from hand-sewing and welt-sewing to pattern-cutting, wallet making and patinating a shoe. People interested in these beautiful crafts had a chance to glimpse into the daily routine of the crafts. Ever since the founding of the GREAT Creations campaign, famous companies from different backgrounds have put their heads together to create something new and unique. With Gaziano & Girling being what they are now, a counterpart needed to be from a similar calibre.

We’re happy to have been approached by a counterpart as fitting as Ettinger for this collaboration. Ettinger London is still run by the same family it was founded by in 1934 and known around the world for its quality when it comes to luxury leather goods handcrafted in classic designs that have passed the test of time and furthermore the Royals’ eyes when being granted a Royal Warrant to HRH The Prince of Wales in 1996.

During this year’s London Craft Week, Ettinger and Gaziano & Girling have showcased their leather design, craftsmanship and patina skills while unveiling their jointly created pieces for the GREAT Britain campaign.

Even though the manufacturing steps taken in shoe and small leather good making are quite different, both companies are united by their approach in achieving nothing but the best quality and not being afraid of pushing the well-established boundaries of their trades. Ettinger initiated the project by suggesting different items to work on, before Gaziano & Girling came up with stylistic ideas. Throughout the process, the idea was to create pieces that show aforementioned similarities in several pieces while also portraying the different aspects of each craft. Albeit looking at old designs as well, the idea was to challenge the way things were made for both well-established companies by coming up with something genuinely unique and new.

According to Tony Gaziano “the biggest challenge was to put elements of a shoe into a bag”. As the project has been quite ambitious straight from the start, it is no surprise that the result has been a very flattering one as Jerome Mackay, Marketing Director at Ettinger, points out: “it’s when you push the boundaries that you tend to get the best results”.

The four items created for the campaign were an envelope portfolio, a coat wallet, a pair of full brogue oxfords and key fobs. As different as they are, all of these pieces have one thing in common as they all started out from Ettinger’s characteristic London Tan colour used in many items from their range of leather goods. This classic tan was then paired up with a British racing green that represents the English style and countryside more than any other colour whilst simultaneously commemorating the slightly eccentric elegance of British gentlemen.

The envelope portfolio has been made in its classic shape since the 1920s and has only recently lived through a renaissance in the last decade due to the rise of importance of tablets and thin laptops. The portfolio opens up to reveal a striking inside lining, a London Tan calf suede, adding richness and personality to this already vibrant piece which is very typical of Ettinger’s design aesthetic. First cut by Ettinger, the different leather pieces of the portfolio have been patinated by Gaziano & Girling in sections, with the colour slowly built up entirely by hand using artist’s brushes and special dyes. Knowing not exactly how the other party normally works on an item like this, applying the patina took great skill and patience to achieve the delicate colour shading achieved by flicks and strokes. The brogueing as well as the medallion on the other hand are typical features of a shoe that have been punched into the portfolio with no guidance other than the skilled craftsperson’s eye and experience. The perforations had to be applied in one go, ensuring not only that they were applied perfectly symmetrically but also perfectly centred on this large piece of leather. Once the patina and brogue designs had been applied, all the pieces were sent back to Ettinger to be blocked, split, edges skived then hand-assembled, stitched and all the turnovers trimmed back and edge-stained. This last step, particularly, is a painstaking process but one that ensures the finished item is perfect, with no raw edges appearing. The stitching size is typical of small leather goods making to allow for overall suppleness and not cause too much stress on the leather seams, while shoe stitches tend to be much tighter to disappear more in the overall design and the top leather is naturally reinforced by the different layers in the construction of the shoe. The second piece is Ettinger’s iconic coat wallet that has been the most common type of wallet when Ettinger was founded in 1934 as gentlemen carried many kinds of notes and papers and needed a wallet to keep these crisp and neat in their jacket pockets. All the pockets are properly constructed with turn-over edges and elegant crease lines along the edges, rather than just cutting slits into the leather. To achieve this, all the inside parts needed to be constructed with as little overlay as possible so as to avoid unsightly “steps” along the edges. Where overlay is necessary, the edges were skived to just a few tenths of a millimetre. All these steps result in a wallet of unmatched elegance unlike any other.

In this collaboration a very traditional full brogue oxford, the “Rothschild” has been used. It distinguishes itself through the heavy amount of brogueing and gimping all over the shoe. The shoes were made on our most traditional rounded toe last, the “GG 06”. By doing so, a quintessential British Classic has been created that went through the process of hand patination to get a more unique appearance. The last piece of the collaboration has been made mostly to use the waste leather otherwise thrown away unused. To keep in line with the design aesthetics of the other items, the key fobs have been hand patinated in matching colours and embossed with the logos of both companies. During the exhibition of these pieces, the key fobs were sold in aid of HRH Queen Elizabeth’s Scholarship Trust, a trust that supports the most talented craftspeople in Great Britain. Throughout the making process, the collaboration items have been sent back and forth repeatedly. Although they had been beautiful pieces already, the skilled hand patination has certainly added a special touch to them as the shading and fading of the colour has given all different products an even deeper character and fascinating appeal. The final step took place in Kettering where all items were polished, creamed, buffed and finished by hand.

Taking into consideration how many different craftsmen and women have been working on these pieces and how often they were shipped from Ettinger to Gaziano & Girling and vice versa, it is almost a miracle nothing went wrong in the making process. As Gary Billingham, factory manager at Ettinger rightfully points out, everybody involved in this process had “one hit at doing his thing. You’ve got to make sure that you can do it right because you want it to look perfect”. And we do believe to have made it right.

Despite the complexity of the collaboration, the two companies involved both agree that it was not only a success in displaying what British craftsmen are capable of doing, but also jolly good fun. As Jerome Mackay puts it “working on the GREAT Creation with two of the top shoe making craftsmen in this country has been a great privilege and I think both companies really enjoyed working on this project”. And also on this part of the collaboration, Tony Gaziano and Dean Girling “couldn’t be prouder about joining forces with Ettinger to produce this beautiful piece of British craftsmanship”. 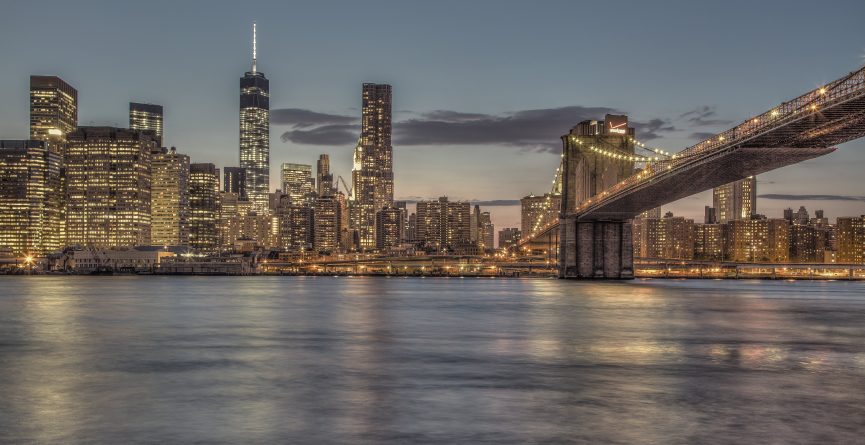 Gaziano Girling will be back in the USA with The London Collective for our Fall 2022 trunkshow. 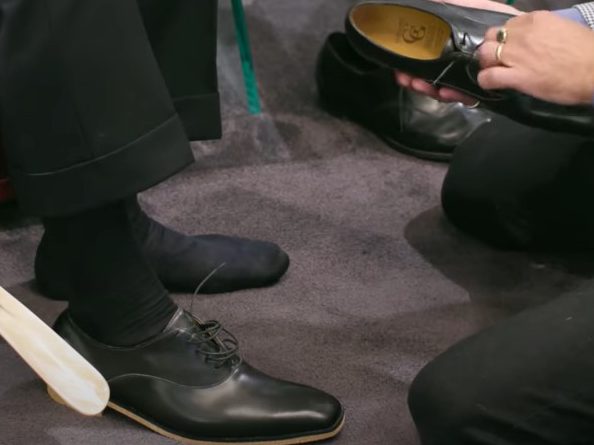 Stay one step ahead

Sign up to our newsletter and be the first to hear about our latest news.

This website uses cookies to improve your experience while you navigate through the website. Out of these, the cookies that are categorized as necessary are stored on your browser as they are essential for the working of basic functionalities of the website. We also use third-party cookies that help us analyze and understand how you use this website. These cookies will be stored in your browser only with your consent. You also have the option to opt-out of these cookies. But opting out of some of these cookies may affect your browsing experience.
Necessary Always Enabled

Any cookies that may not be particularly necessary for the website to function and is used specifically to collect user personal data via analytics, ads, other embedded contents are termed as non-necessary cookies. It is mandatory to procure user consent prior to running these cookies on your website.